The struggles of the indigenous villages

There are more than 476 million indigenous villages living in 90 countries worldwide, representing 6.2% of the global population. Indigenous villages are holders of a great diversity of cultures, traditions, languages, unique knowledge systems and have a special relationship with their lands.

Although numerous indigenous villages around the world are autonomous and some have managed to establish autonomy in various forms, many of them are still under the ultimate authority of central governments that exercise control over their lands, territories and resources. Despite this reality, indigenous villages have shown extraordinary examples of good governance, from the Iroquois (Native American villages), to the Sámi parliaments in Finland, Sweden and Norway.

Indigenous villages already suffered inequalities before the COVID-19 pandemic started, such as the lack of access to water, hygiene, sanitation and health services. More than 86% of indigenous people worldwide, compared to 66% of their non-indigenous counterparts, work in the informal economy. In addition, they are almost 3 times more likely to live in conditions of extreme poverty. Moreover, 47% of all working indigenous people are uneducated, compared to 17% of their non-indigenous counterparts. This gap is even greater in the case of women.

They suffer from conflicts, violence, repression and criminalization: each month four indigenous leaders are murdered in Latin America for defending their rights. They are also expropriated from their lands, the climate change has a greater impact on their lives and they experience a loss of their culture and tradition.

The COVID-19 pandemic has exposed and exacerbated many of these existing inequalities, disproportionately affecting populations around the world who already suffered from poverty, disease, discrimination, institutional instability, or financial insecurity. From the perspective of indigenous villages, the contrast is even starker.

Indigenous communities in the United Nations

The United Nations has a Permanent Forum on Indigenous Issues. Last year, the forum organized a virtual commemoration in which panelists commented on what should be considered when redesigning a new social contract in which the ways of life and governance of indigenous villages are respected through a participatory and inclusive that has the free, prior and informed consent of these populations.

In addition, on September 13, 2007, the General Assembly approved the United Nations Declaration on the Rights of Indigenous Villages, which was a milestone in the history of the fight for the rights of indigenous villages. 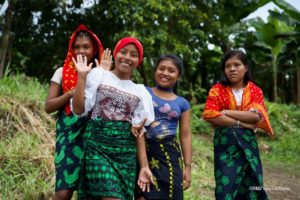 This year marks the beginning of an important period for the preservation and promotion of indigenous culture. At least 40% of indigenous languages ​​are in danger of disappearing, and these are especially vulnerable because many of them are not taught in school or used in the public sphere. The starting point of the fight for these languages ​​was opened in 2019 with the celebration of the International Year of Indigenous Languages.

The United Nations General Assembly proclaimed the period between 2022 and 2032 as the International Decade of the World’s Indigenous Languages ​​(IDIL 2022-2032), in order to draw the world’s attention to the situation of many indigenous languages ​​and mobilize stakeholders and resources for its preservation, revitalization and promotion.

The objective is to guarantee the rights of indigenous villages and to integrate the aspects of linguistic diversity and multilingualism in the efforts of sustainable development. It provides a unique opportunity to collaborate in the areas of policy development and to stimulate global dialogue with a true spirit of engagement in sustainable development efforts.

The Global Plan of Action for the International Decade of the World’s Indigenous Languages ​​aims to ensure international cooperation, and articulate and coordinate action among stakeholders by providing a strategic framework and outlining key actions and guidelines on the implementation, monitoring and evaluation of activities for entities of the United Nations system, national governments, civil society, academia, the private sector and other actors.

It is based on the results of the International Year of Indigenous Languages (IYL) ​​2019 and for its drafting a number of steps have been taken in collaboration with the IYL 2019 Steering Committee and other stakeholders. The result was the creation of an open-ended ad hoc group for the preparation of the Global Action Plan, which includes representatives of indigenous organizations and institutions, as well as experts in the field of indigenous languages ​​and issues.

In line with the goals of the International Decade, the IDIL 2022-2032 online platform aims to create a global community for indigenous languages, facilitate the exchange of information on activities and events around the world, promote relevant resources and tools, report and monitor progress and create new opportunities for exchange and dialogue between a wide network of stakeholders. 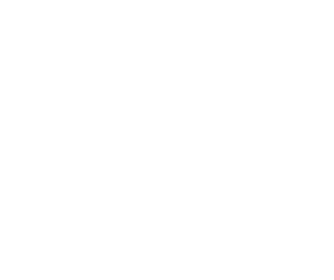