During this year, we have received 18 awards at the five different MUNs (Model United Nations) where we have participated.

UNSA Barcelona has had the honor of welcoming Mr Luis Prados Covarrubias, the Spanish ambassador to Ivory Coast at the colloquium held on Tuesday 30th of May.
First the ambassador has presented himself and has made an introduction to the country in which he is destined, his recent history and his current political and economic situation, as well as his relations with Spain; Also explained the main actions carried out by the embassy; Then the members of UNSA have been able to ask all sorts of questions.

First, Luis Prados has presented himself, summarizing his diplomatic career. This one begins in 1992, passing through the embassies of Bolivia, Mexico, Argentina, Lebanon and London, in which it occupies different positions. He also works in different positions in the Ministry of Foreign Affairs in Madrid, as well as director of the Office of Management of the Instituto Cervantes.
He has related what happened in Ivory Coast during long years of political crisis and in the most recent period of stability, although not completely free of turbulences. He mentioned the high rates of economic growth in recent years and the outlook for the near future. He then explained the relationship between Ivory Coast and Spain, in all areas and emphasizing in a special way the cultural. For example, he mentioned that there are 390 000 students studying Spanish at the moment and some 1000 teachers of Spanish in public education; It is a language spoken by an important part of the population, which often has a good image of it and is attracted to the Hispanic culture. In this sense, the Embassy organizes training courses for teachers and other activities in support of the promotion of the Spanish language.
He also stressed the importance of the Spanish missionaries in Ivory Coast, who are very in touch with the population and mobilize resources for development projects. In the chapter on economic relations has explained the situation in which the country is and sectors in which Spanish companies take advantage of opportunities to invest or sell their products.

Secondly, a questionnaire has been opened for members of the association. They have addressed a number of issues related to the work of the Embassy there and to the situation in Ivory Coast, especially the tensions within the army, the activities of the United Nations mission for the country, the presence of China and Relations with France and other countries. There have also been several issues related to the diplomatic career; In response to one of them, Luis Prados has emphasized the importance of being curious and willing to learn at the beginning of this profession.

Finally, to say that on behalf of UNSA Barcelona has been a real pleasure to have this meeting that has allowed us to converse very closely with the Ambassador, starting the day otherwise. 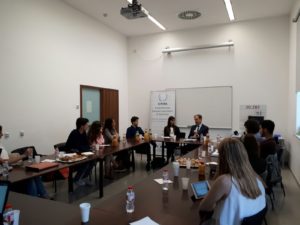 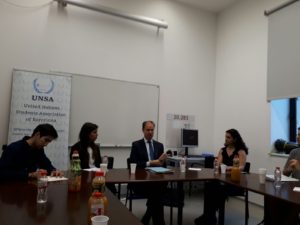 More than ten years of experience and the motivation of our members enables us to offer a wide variety of training and recreational activities.

This message is only visible to admins.

Error: An access token is required to request this resource.
Type: OAuthException